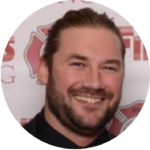 Morning show personality, marketing consultant, and event promoter, Paul Thomas (aka “PT”) is involved with a wide variety of organizations around the Twin Cities. His current role is morning show host for Entercom station The WOLF 102.9.
His passion for giving back to the community is evident in his 10 years of volunteer work as a youth hockey coach and his emcee work for various other charitable causes. He is also the founder of the LIVIN Foundation for mental health awareness and suicide prevention. 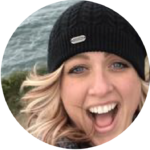 Allie Gilbert, President of Workhorse Marketing, has spent a 25-year career creating drive and excitement around a multitude of brands. She also spent several years as a part-time adjunct professor teaching marketing and loves sharing her passion for all things promotional.
Her love of music and entertainment is what lead her to both her current profession and her board member role with the Midwest Country Music Association. 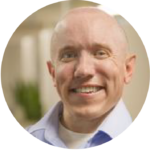 Ryan is the Treasury Manager for Liberty Diversified International. In addition, he is part of the corporate development team. Ryan has been with LDI for 9 years. Prior to that he was in the finance industry as an Equity Trader. Ryan has a B.S in Accounting and in Finance from the Carlson School of Management at the University of Minnesota.

Bob Keseley is a recently retired consulting services executive now pursuing philanthropy, giving back, and cultivating county music in the Midwest. As a board member of the Midwest Country Music Organization, his current focus is strategy, operations and business development.Bob is a strategy consultant by profession, but also a passionate musician who currently manages and plays in the local country band, ShakeDown. 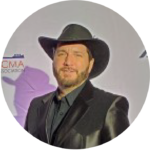 Matt has been a member of the Midwest Music Scene since the early 2000’s, working as a band leader, guitarist, bassist, songwriter, producer and hired gun. His business experience includes Sales, Marketing, Customer Service and Management. He works within the org to bring value to the membership and continuously improve  the offering. He can be reached at matt.graunke@midwestcountrymusic.org

New business ventures, country music and serving others are true passions of Melissa’s, so when the opportunity to be a part of launching Midwest CMA was presented to her, it was a done deal. Melissa’s desire for volunteering and event planning has given her the honor of coordinating numerous benefits, golf tournaments, weddings and private parties. Add to that, 11 years of working for Marriott Hotels Int’l, Melissa brings a wealth of knowledge to the event planning and networking portion of Midwest CMA. Along with her many years in the hospitality and event planning industry, Melissa has been a licensed Realtor since 2001 and she and her husband, Chris own a small business where Melissa manages the sales, marketing and other day to day tasks. Melissa, Chris, their two teenage daughters and chocolate lab, Hank reside in Lakeville, MN and are active members in their church and their community they love. 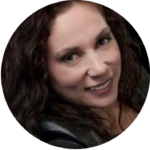 Jamey Worley is a local business owner, band manager, event producer and mom to three dynamic kids. She loves live music and is frequently on the road tour managing her favorite project, The Devon Worley Band. In her infrequent spare time she enjoys gardening and cooking. 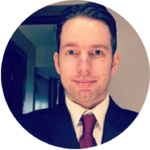 Andrew Ellis’ passion for country music went into overdrive when he was 16, and he’s been covering the genre as a journalist since 2011 when he got his start at his alma mater Bemidji State University. He’s interviewed artists such as Kelsea Ballerini and has written for publications such as City Pages, Sounds Like Nashville, and the Growler. He got a taste of the top notch talent in the Midwest when he shot performance footage for The Homegrown Show on BOB Country. He’s excited to be part of the Midwest CMA team and work closely with artists to further their careers and help them realize their dreams. 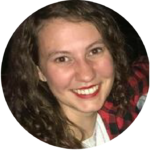 When she about 10 years old, Megan toured the Pavek Museum of Broadcasting, and was bit by the radio bug. Fast forward a couple decades, and she now works as Traffic Director at Milestone Radio. Combine that with her 12 plus years working concerts at a local venue, and you have a combination that makes Megan passionate about helping local talented artists get the recognition they deserve. She truly believes in the healing power of music, whether it be someone sick with a chronic illness, or someone sick with a broken heart. When she is not working or at concerts, Megan enjoys spending time with her family, cooking new recipes, and spending time on the North Shore.

Award winning musician, Joe Flip, performing with his hand-made oil can guitars, is now receiving international radio-play from his recent album, “Tin Can Tunes.”  His hand-made oil can guitars, “Hayburners,” have been sold all over the world and have been featured in many magazines and news publications. He also volunteers and offers consulting with organizations such as The Midwest Country Music Organization, MN Music Coalition, The Cottage Grove Arts Commission, and the Burnsville Art & Jazz Festival.

Passion and support for my community is what incited me to volunteer for Firefest ; a non-profit concert fundraiser for the local Fire and Rescue Department. Throughout the past 13 years, my responsibilities included marketing; site layout; merchandise design; liaison with business sponsors; communication contact with managers and artists; and coordinating job duties with Firefest committee members. My love for music and the masterminds of talented artists in the music industry is what led me to expand my horizon and become a part of Midwest Country Music Organization. 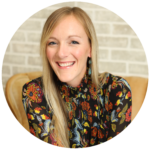 Maygen Lacey is a studio vocalist, songwriter, and fellow Midwest Country member. She has solo songs as well as a band called Maygen & The Birdwatchers. She loves meeting new people and collaborating on songs, so Midwest Country was an exciting org to join for her! Maygen initiated a series called What Even Is Country Music (inspired by the Ken Burns Documentary), which followed the history of country music from folk roots to the peak of 90’s radio country. It was supposed to play off at the Aster Cafe in Mpls but only played the first show before COVID-19 hit. She will look to place the series somewhere new when things come back. Maygen is also in charge of organizing and sending the (INSIDE TIDE) and (OUTSIDE) Newsletters for Midwest Country, and will be coordinating DAY 1 of the 2020 Midwest Country Awards Weekend. In her free time, Maygen is working on getting better at playing guitar, and loves being outdoors whenever possible. 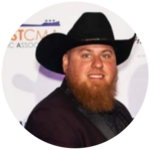 I am the assistant General Manager at Charlie’s on Prior where I have made it my focus to grow the music program with live music on our patio. I grew up in Savage MN and now live in Montgomery, MN with my wife and 2 daughters.  Fun fact about me is I have an identical twin brother whom I am older by 1 minute. 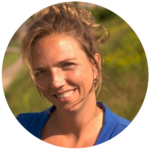 Tari is a Senior Business Systems Analyst by day. When not watching live music (favorites: MoeDell, Ledfoot Larry, Mark Stone) on the evenings and weekends I can be found near the water, swimming, fishing or boating.

My obsession is identifying and finding solutions for improving processes and efficiencies. 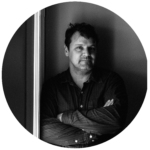 Driven to write the perfect song, Minneapolis-born singer/songwriter Ted Hajnasiewicz (Hi-Nah-SHEV-Its) performs with a magnetizing honesty and reflective tone that speaks to the very essence of the human spirit. His love of song has made him a fan of the midwest songwriters.  Ted will be handling the Midwest Country Music Organization playlists. 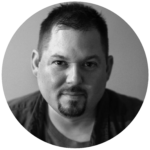 Tim is a MN songwriter and performer with over 20 years experience. He has seven full-length studio albums of original music. Tim is also the owner of Plaid Squash Studios and founder of the non-profit Discover Music. Since 2011 he has been teaching young people the power of music. 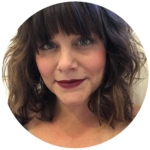 Singer/songwriter, Vicky Emerson, has been heralded by the Minneapolis Star Tribune for her gorgeous, dusky voice and songwriting chops on previous releases but her new album, Steady Heart, which she self-produced, firmly established her as an essential, strong female voice in Americana music. Steady Heart, has received critical acclaim, helping her to rise to #4 on the European Americana Charts, #52 on the US Americana Album Chart and #34 on the Americana Singles Chart with her hit, “The Reckoning.” Vicky is based in Minneapolis, continues to tour on a national basis and has opened for Emerson has opened for Gregory Alan Isakov, Amanda Shires, Eliza Gilkyson, Brewer & Shipley, Malcomb Holcombe and Brent Cobb.