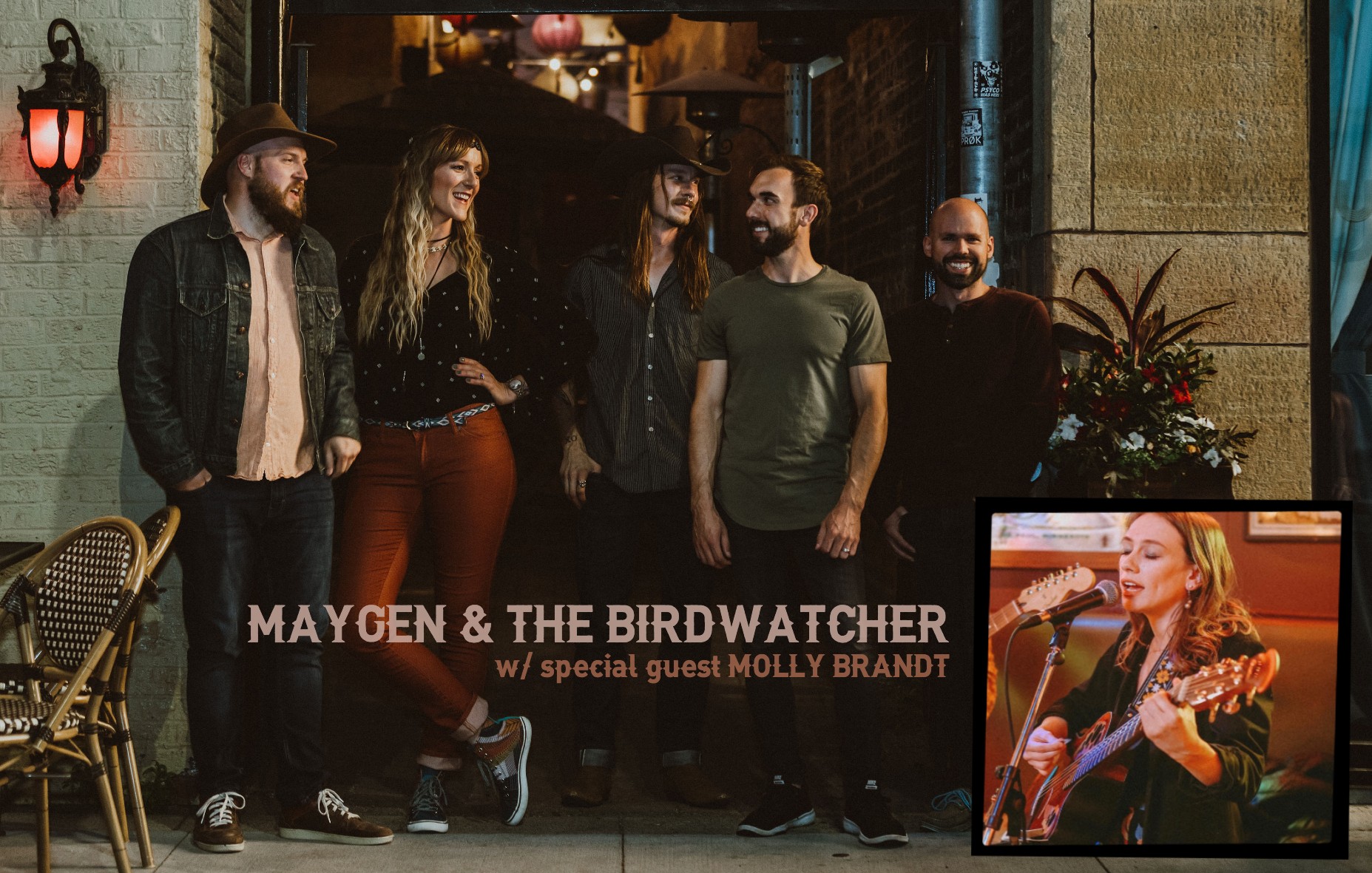 LOCATION: KJ’s Hideaway – St. Paul, MN
Coming off the successful release of their “stunning” (Americana UK) debut full-length album, Moonshine, which earned them Midwest Country Music Awards for both Album of the Year and Americana Artist of the Year, Maygen & The Birdwatcher are poised for big things in 2022. Described as “an exciting goulash of Kacey Musgraves, Chris Stapleton, Florence + The Machine and Joe Cocker” (Mostly Minnesota), the band showcases original songs, fantastic harmonies, and tight musicianship that keep you anticipating what they’ll deliver next. Nominated this year for the Midwest Country Music’s Awards Show in 3 categories; Album of the Year, Americana Artist of the Year, and Female Vocalist of the Year, you are sure to catch a special night with Maygen & The Birdwatcher.
“In many ways, Maygen & The Birdwatcher feel like a collaboration between two distinct artists versus a more seamless band– but it’s that individuality, those visible seams, that make them such a fascination act.” – Adventures In Americana
__________________________________________
MOLLY BRANDT:
Molly Brandt is a singer-songwriter and country artist out of Minneapolis, MN. New singles released in early 2022 show a portfolio of disillusioned love, a story about murder, self-questioning, lost love, and the classic and nostalgic sounds of country western and Americana music. Molly Brandt is recorded and produced by Colin Loynachan at The Swamp Recording Studio.