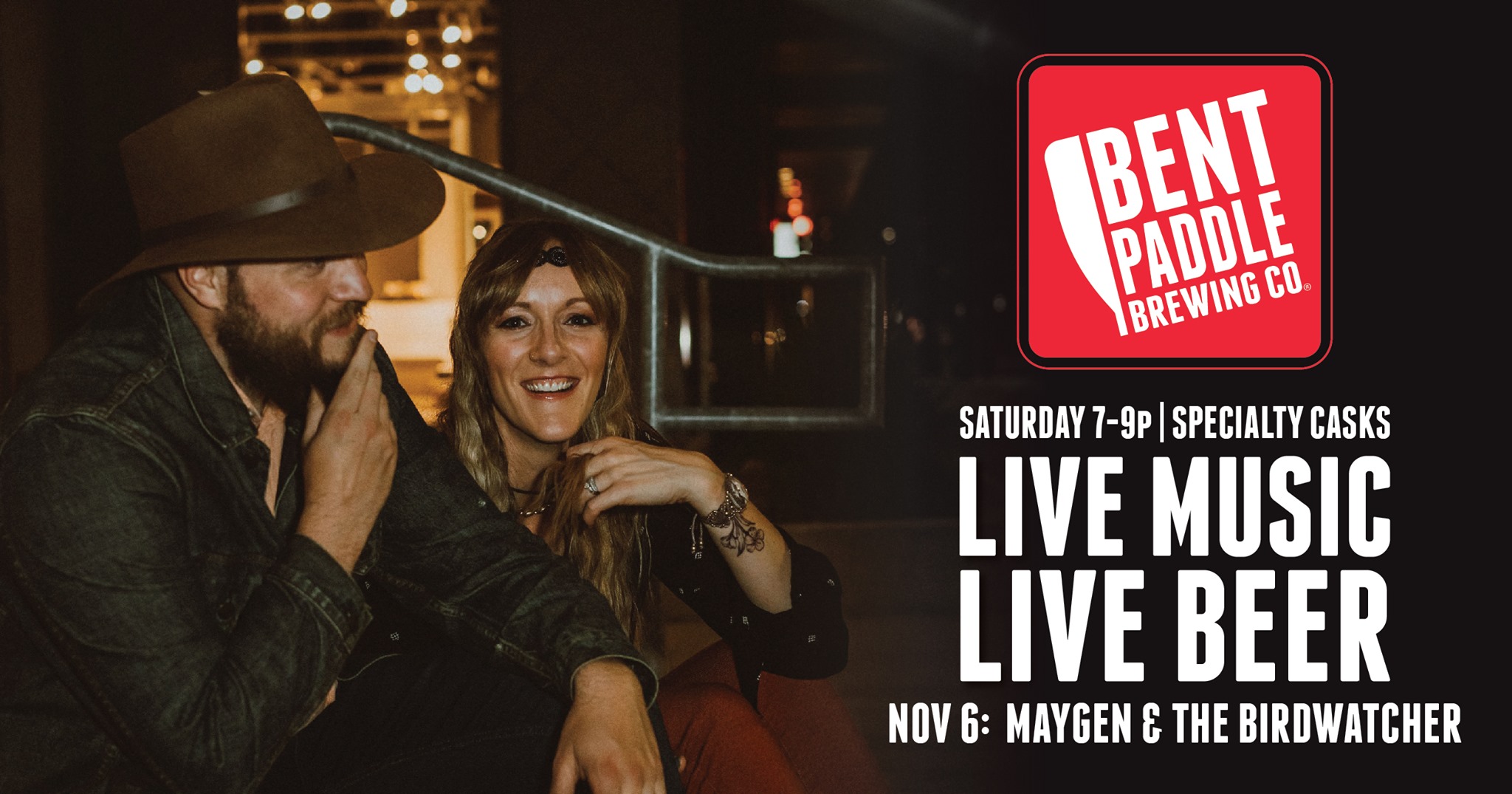 www.MaygenandtheBirdwatcher.com
The two musicians that make up the Minnesota-based folk duo Maygen & The Birdwatcher — Maygen Lacey, an accomplished Midwest CMA-nominated singer/songwriter and Noah Neumann, a guitar virtuoso with a taste for Delta Blues — couldn’t be more different. From upbringing and musical taste to the Minneapolis vs Saint Paul debate, there are few things these two agree on.
However, the short list of mutual loves includes: sarcasm, the great outdoors, quality beer, and having a good ‘ol time, the latter of which is immediately apparent upon listening to the pair’s energetic, genre-bending, roots-flavored sound.
Don’t let the pretty songs fool you, these two are a hoot. Their independently released 2018 debut EP, The People We Don’t Choose, drew on their distinctly different musical influences including Brandi Carlile, Florence + The Machine, and Balmorhea to create a collection of songs that explored family, addiction, loss and navigating relationships. With heartbreak and hope intertwined throughout, the album received high praise from fellow musicians and music fans alike. Lead single, “Comeback” continues to receive airtime on Minneapolis radio, including on The Current’s Radio Heartland.
Through the pandemic, Maygen and Noah acquired some serious string-cred by adding Ethan & Jesse Moravec (formerly of Sawtooth Brothers) on upright bass, mandolin, fiddle and vocal harmonies, as well as Nik Pellinen (of Sawed Off String Band) on banjo and lead guitar to the lineup. The addition of these three has brought the band a wealth of talent, further enriching the outfit’s rootsy, Americana-tinged sound.
When put on the spot, they like to describe their sound as a folk duo colliding with a bluegrass roots backing band while scratching the occasional southern rock itch. They just released their album Moonshine on Oct 1 via NY indie label AntiFragile Music.